Thibaut Praxmarer, student attending the fourth year in mechatronics at INSA Strasbourg, won a prize by the Grand Est region for his internship report about his stay at the Korea Polytechnic University (KPU) in Siheung, South Korea.

The award ceremony took place on the July 2nd at the “maison de la région” in Strasbourg.

His internship report deals with the superconductivity of a material by discovering the reseach activities in the university laboratories. 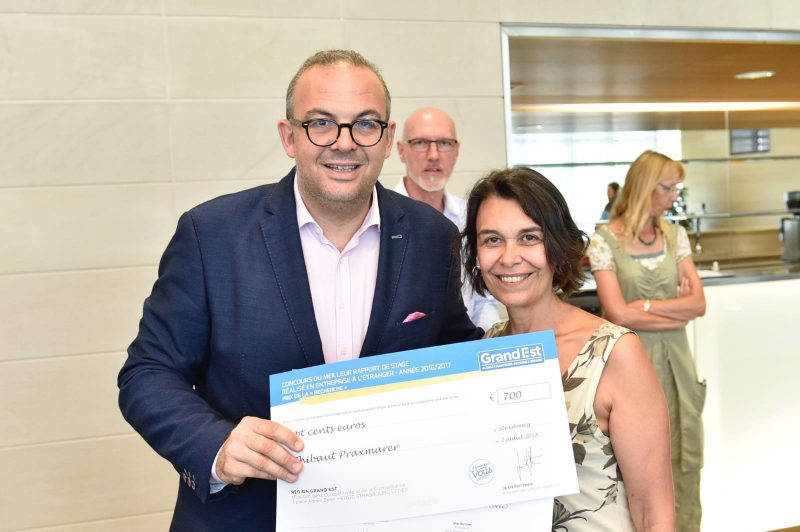 In the photo : Cédric Chevalier, Grand Est regional councillor and Mrs Praxmarer. In the background: Jean-Jacques Lang, project manager at the Grand-Est region.

For further information (in French) :